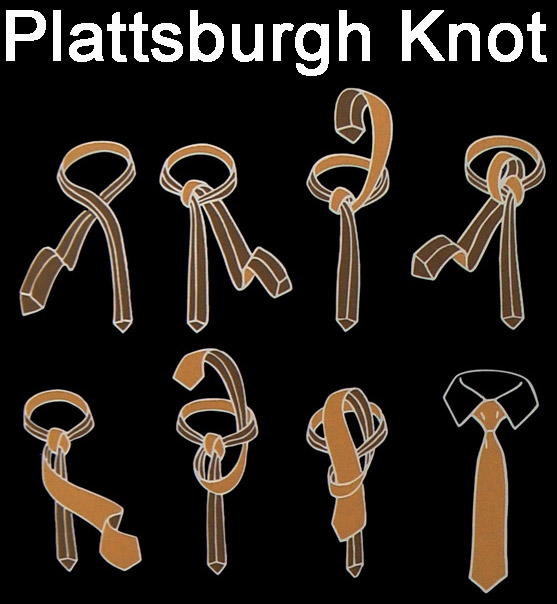 Plattsburgh is the “older brother”tie a tie Pratt with an additional crossbar, which makes it looks symmetrical, in contrast to the knot St. Andrew.

Characteristic ready, drawn and polished node Plattsburgh, which catches the eye, its shape, resembling a cone. It should be quite wide at the top, and the bottom is definitely narrowing.

Some knots do not destroy tie, others leave their traces on the fabric. Silk ties of good quality can endure a lot, even though it should as far as possible – often change cut node (assuming the same tie), – to give the tie a day off, also recommended in the case of suits and expensive shoes. If after some time your favorite knot looks a little flabby, follow the advice of Fink and Mao, and do some other knot folded seven times, as Plattsburgh. Of course, the tie can no longer be worn. 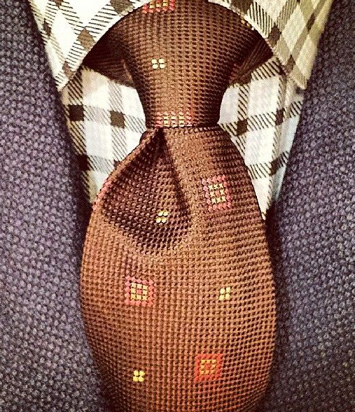 Typical Plattsburgh does not resolve itself. The drawings you see an unusual variant in which a single step has been changed: instead of the fourth step lead the wide end of the tie from the back to the right, you turn left. Then you move the tie the knot (in the original version from right to left, in an alternative version from left to right) – further steps are identical for both variants.

This entry was posted in Plattsburgh Knot and tagged How to tie a tie. Bookmark the permalink.