How to tie a Victoria Knot – Prince Albert Knot

Before you take out a knot, slip the wide end of the tie not just once, but twice. Hence, the second of his name: double knot.

Through which the bar?

For this node, in the last step of binding presumably will ask the question: through which the bar should translate into wide end of the tie? Due to the double twists node is called differently – depending on whether ultimately translates into a wide end of the tie through the front or through the rear bar (twists). If you are inserting it in front (as in Victoria nodes or Kelvin), formed a more complete variant of the basic node type Four-in-hand or oriental.The rear bar is hidden behind the finished knot. After using the rear crossbar to the final form of binding (junction of Prince Albert) changes the appearance of the finished node.Front, empty bar remains visible as a second narrow disc. 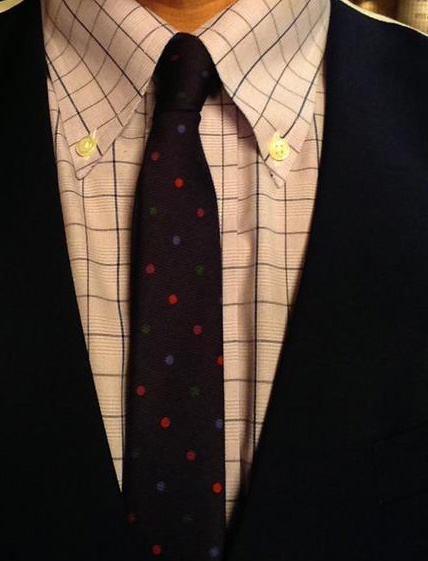 When you start bonding and charges wide end of the tie around the narrow, you should not be too hard to pull in order to facilitate a final step. Top insert a finger into the front of the bar to be dragged there.

How to tie a Victoria Knot – Prince Albert Knot 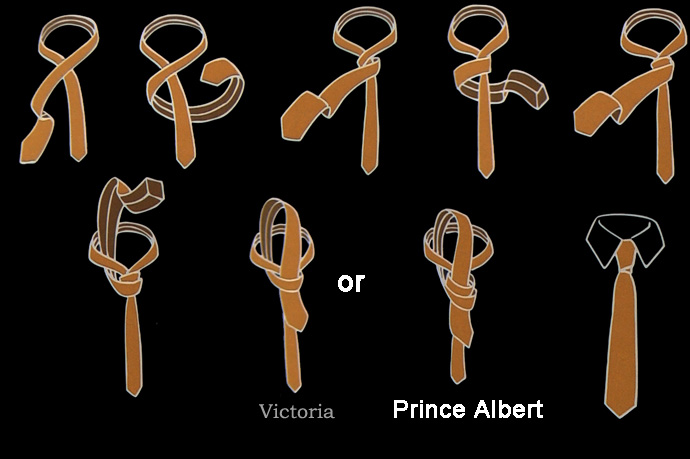 This entry was posted in Prince Albert Knot, Victoria Knot and tagged How to tie a tie. Bookmark the permalink.