How to Tie a Nicky Knot

Nicky node is also called Olney, new american classic or free. It’s simple, does not destroy the tie, and thanks to its subtle elegance even ties in patterns present themselves favorably.

Legend has it that a node has gained popularity thanks to Ernest Curami from the factory ties “Nicky” in Mailand. Curami commissioned the printing of leaflets advertising this node, because as a man with a weakness for tie appreciated the fact that it does not destroy it, and do not crease tie.

The shape of the pyramid

Davide Mosconi compared the shape of a captured node to the pyramid. Depending on how it will form and how thin and strong at the same time is a material node Nicky will resemble a pyramid or a slender triangle pattern node at Plattsburgh. The most elegant looking tie made of medium thick – do the “tip of the triangle” narrowest possible.Then the node is relatively wide in the upper part, and tapers in a much lower. 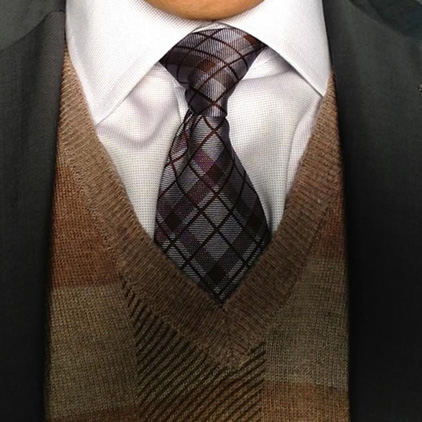 The original Nicky is a node reverse – start bonding seam on the outside and the system is up to the end, then hide the seam under the collar. Europe is also known for another variant Nicky node, which can be tied “normally”: you wear a tie around the neck seam to the inside. You turn the wide end so that fell outside the seam. Then you do the movements in the order given to the original node Nicky.

How to Tie a Nicky Knot 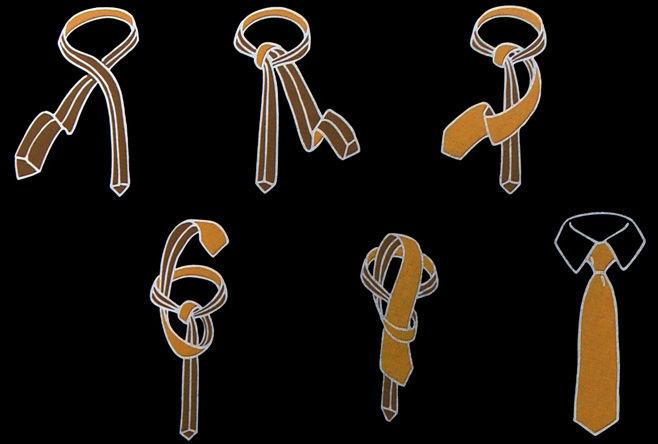 This entry was posted in The Nicky Knot and tagged How to tie a tie. Bookmark the permalink.